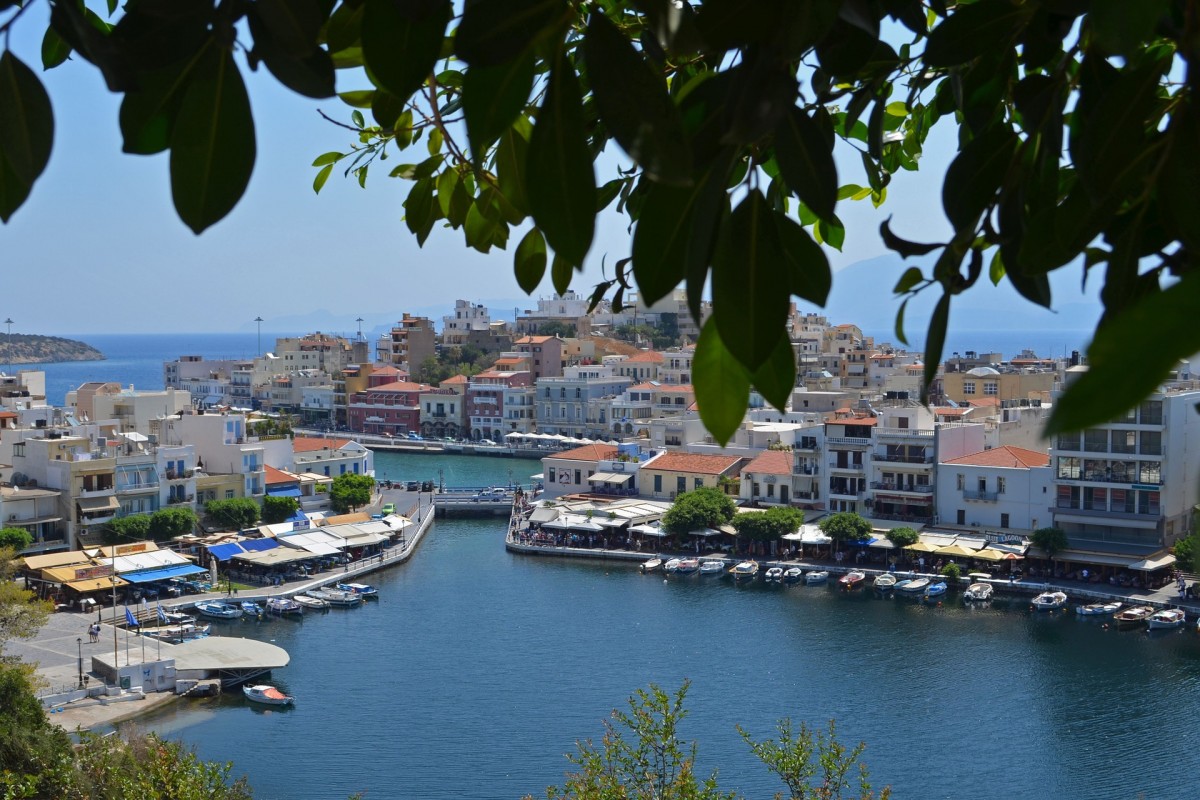 Enjoy your coffee around the Lake of Agios Nikolaos

Lake is a small lagoon in the city center. The lake connects to the harbor of the city with a canal that opened in 1870. The lake connects two urban myths that there is no bottom and that the Lake is connected to the volcano of Santorini. The last legend is that at the last eruption of the volcano, the waters of the Lake were inflamed and flooded the warehouses around it.

A park with pine trees and salt lakes above the lake offers panoramic views of the city. From this park begins a stone-made path, winding among the trees and ending on the South side of Lake, where small fishing boats hang. The horn of Amalthia, located southeast of Agios Nikolaos, a sculpture made by local, well-known artists, brothers Sotiriadis, has been set up in a stone-built alien paradise so as to have a background of the Bay of Merambelos and the islet of Saints.

Kitroplateia, a square with a small beach, from which begins a stone-built pedestrian street that follows the coastline and ends at Marina. Its name comes from the citrus trade as from this beach and due to its depth, it was possible to load the commercial boats before the city still has a harbor.