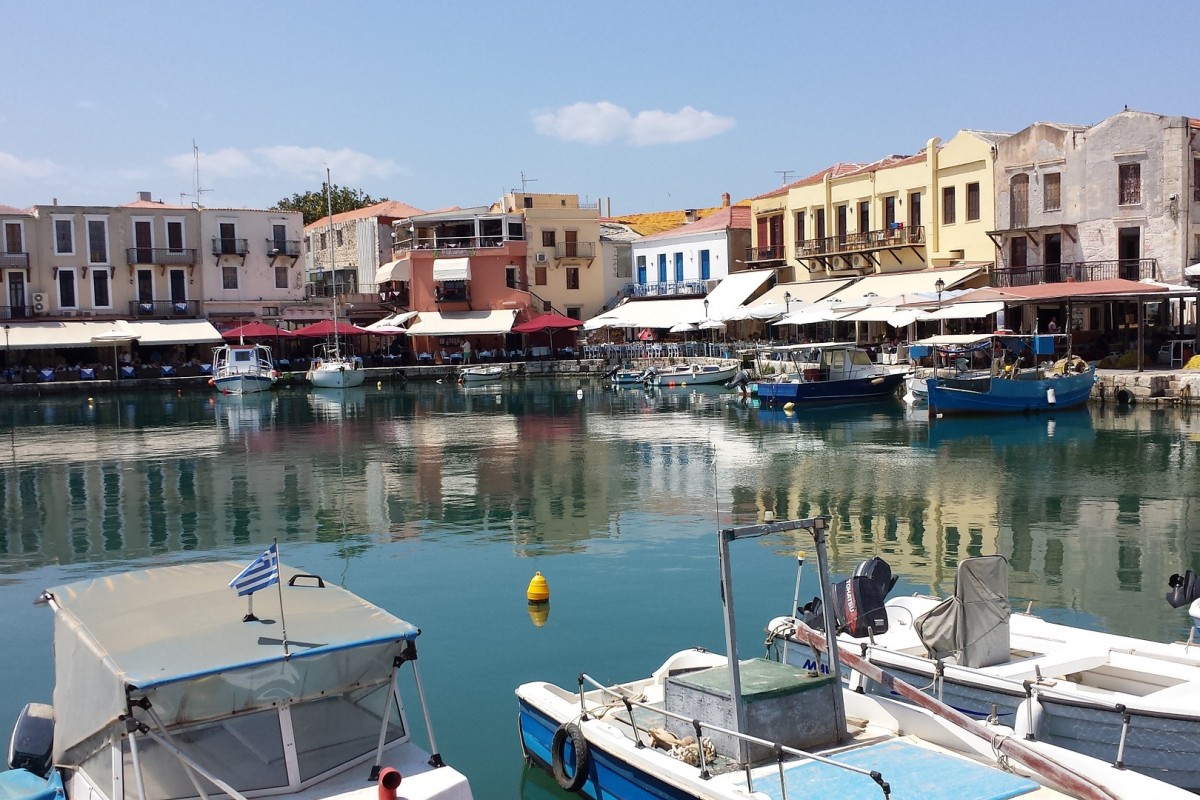 Rethymno is the third largest city in Crete after Heraklion and Chania.

It is the capital of the homonymous prefecture (regional unit) of Crete and the seat of the metropolitan municipality of the region of Crete. Today's city is built in the same location as ancient Rithymna or Rhythmna or Rithymnia. Testimonies for the existence of the city exist from the 5th to the 4th centuries before Christ and are mainly the silver and bronze coins, which brought the head of Apollo or Athena on one side, and in the other trident or two dolphins or goat (goat) . From the cutting of these coins, it seems that the city was developed with remarkable trade. Perhaps he had developed relations with the Ptolemy, who had renamed Arsinoe.

A significant impetus was provided by the establishment of the Philosophical School and the School of Social and Political Sciences of the University of Crete (approximately 10,500 students) and the creation of the University Library currently operating on the campus in the settlement of Gallo. Since 1999, the Department of Engineering of Music Technology and Acoustics of TEI operates in Rethymno. Crete and from 2016 the Plasma and Laser Research Center, which is a National Research Infrastructure (access point) in the Laser and Materials sector (HELLAS-CH).