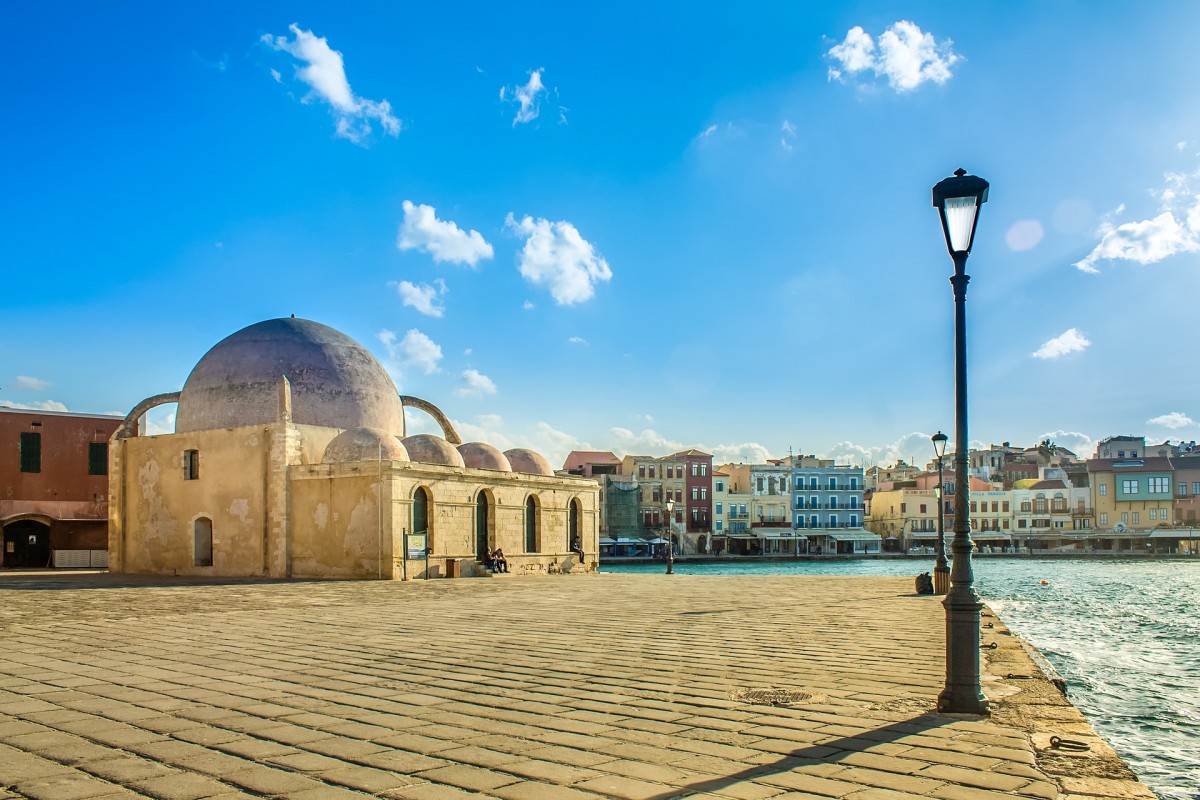 Chania is a coastal town of northwestern Crete, one of its most important ports and the capital of the prefecture of Chania.

It occupies an area of approximately thirteen square kilometers and is the second largest city on the island after Heraklion. The city has a typical Mediterranean climate, which is hot and dry in the summers and mild winters. The atmosphere is almost always warm and the hot episodes are not very common since there is a continual sea breeze ("Meltemia"). The Maritime Museum of Crete is at the entrance of the Venetian fortress of Firka, in Kountourioti Coast.

At the entrance of this Fortress is the Naval Museum of Crete, which was founded in 1973 to house and preserve our nautical traditions and especially of Crete, which was a source of National Survival, progress and greatness of the Country. It is the second Naval Museum in Greece both in terms of age and potential. It was donated by the Hellenic Navy and operates with the uncompromising support of the Chania Anti-Chania, the Chania Municipality and the Navratium of Crete. The permanent exhibition includes 2,500 exhibits such as heirlooms, objects drawn from the bottom, ship models, photographic material, maps, paintings, various naval instruments, etc. In the museum's rooms, they are displayed in sections depending on the time they belong, covering from the Bronze Age to the modern era.

The Chania Municipal Market, the huge building of 4,000 square meters, in an area of 17,200 square meters, is the heart of the city. An original and studied building is not only a center of great business activity but also a tangible image of the Market idea of Ancient Greece, with a wide range of local fish products, meat and spices.

Koum Kapi is the district just outside the eastern walls of the old city of Chania. Koum Kapi is one of the most beautiful places in Chania, where you can find cafes and beer-gardens to enjoy your nights, especially during the summer.